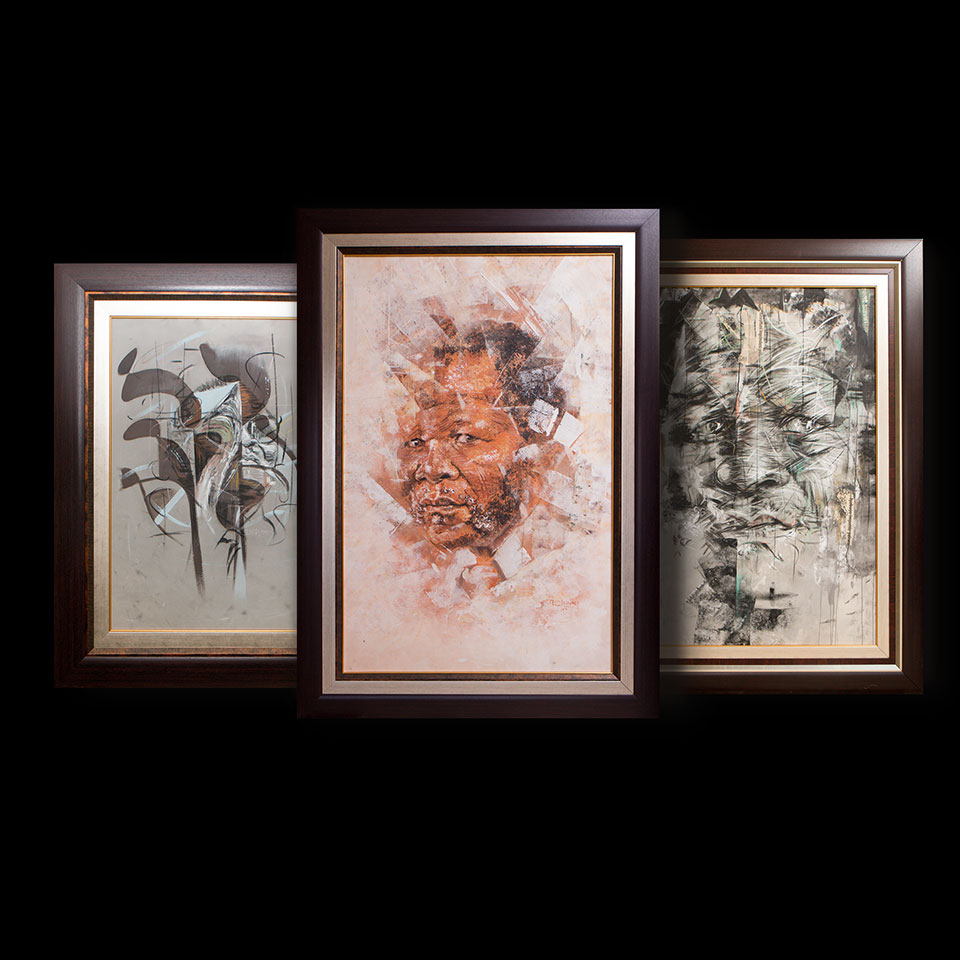 Vusi Mbulali is a South African born, paint artist who specialises in portrait painting. His most recent work includes painting South African heroes such as the late Nelson Mandela, Oliver Tambo and Steve Biko (you can find a number of his art pieces at the Steve Biko Foundation). Discovered when he was only 12 years old, Mbulali uses abstract art techniques to express a unique interpretation of the iconic faces he paints. He is also highly sought after for both family and individual portraits. His professional career spans well over 10 years painting experience and his clientele includes both private individuals and public figures. Mbulali’s talent was discovered at school, when his principal gave him homework; to draw a human body and label it. His skill and precision was dumbfounding. This discovery launched Mbulali as the school artist. He became responsible for drawing charts, for teachers’ district assignments, portraits, school competition poster art and book illustrations for his, author teacher, at secondary school. While growing his art, Mbulali acquired and applied his skills in billboards sign writing and mural painting. His first solo exhibition took place in 2009 at Springs Art Gallery. Mbulali used this opportunity to display his retrospective portraits and to introduce a new technique in abstract art he had been working on. The reviews and feedback were overwhelmingly positive. He was also a part of just 30 artists to exhibit at the gallery as part of the 30 30 Contemporary Group Art Exhibition in 2014. He exhibited his abstract art which received a great review by Artist David Koloane (among others) making it an even greater success.

His 2017 exhibitions include the OR Tambo Centenary Celebration Exhibitions at the OR Tambo Coin Launch, OR Tambo Centenary Lecture (with President Thabo Mbeki as the keynote speaker) and the OR Tambo Corporate Golf Challenge. In 2018 his work was exhibited at the Talking to Deaf Ears Exhibition at Absa Art Gallery, and at The Aftermath exhibition hosted at First Rand’s pop up exhibition space. As a multi-skilled artist, Mbulali has over the years mentored art students at Matshidiso LSEN School in Johannesburg and taught art to children at Geluksdal Library. He has further appreciated an opportunity to teach art in his home community with The Star in Vire Art Class Project. Mbulali has met and worked with various Kwa-Thema artists including Mafa Ngwena during his art research on organisations, galleries and their studios. He was introduced to Artist Proof Studio by artist Kamogelo Masemola and art curator Thabo Sekoaila where he studied professional print making, both theory and practical for two years. You can see some of his art in the published poetry and prose book Tambo Lenyoka by Lindiwe Mabuza, which also includes the art of international artist Velaphi Mzimba. Vusi Mbulali’s current and best work yet consists of two collections of portraits; Nelson Mandela and OR Tambo portraits which are each a unique combination of portrait, representation and abstract interpretation. He is currently working on a public exhibition of the Nelson Mandela collection of 100 portraits (in this book) in celebration of our late former president’s centenary year. 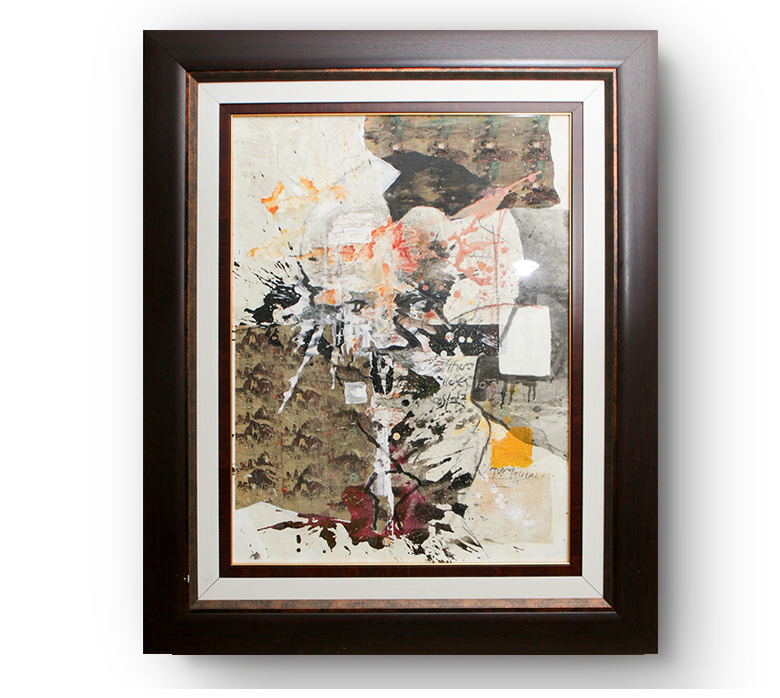